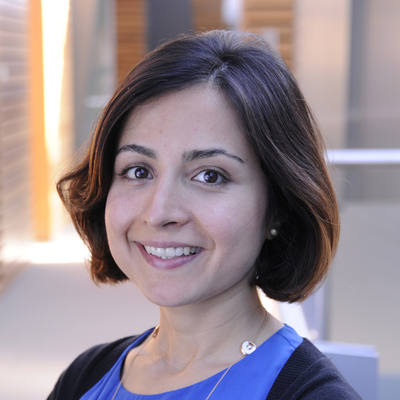 This time we bring an interview to get to know our first invited speaker at the 14th NYRA meeting, which will take place in Norwich from 19-21st of September 2022.

Dr. Raheleh Rahbari obtained her PhD in Medical Genetics at the University of Leicester, after which she joined the Wellcome Sanger Institute as a post-doctoral fellow; where she studied germline mutation rate, timing and spectra, as well as the contribution of early embryonic mutations to disease. She is now a group leader and Cancer Research UK Career Development Fellow at the Sanger Institute. Her research focuses on mutations acquired during ageing and how they can predispose to disease across generations. Read more about her research here: https://scholar.google.com/citations?user=MliFtigAAAAJ&hl=en

1. When and why did you decide to work in the field of reproductive biology?

I was always interested in understanding how variations in human genomes arise and how they contribute to human evolution and disease. During my postdoc I was working on whole genome sequence data from nuclear families (mother, father and their children) so we could identify the new mutations that are present only in the offspring’s genome and are absent in their parents. These mutations mostly occur in the germline of the parents and hence are not detectable in the patent’s somatic cells such as blood, and they are known as germline de novo mutations (DNMs). Most of the time DNMs are harmless, but in some cases, they can cause rare disorders and or cancer predisposition syndromes in the child. We discovered that several factors such as parental age and environmental exposure can affect mutation rate in the parental gametes. These findings made me more interested in the field of reproductive biology, with a specific focus on how different endogenous and exogenous factors can affect the germline cells and may predispose offspring to diseases.

2. You have published numerous great studies on the somatic and germline mutation rate. In your most recent Nature publication (DOI: 10.1038/s41586-021-03822-7) your group demonstrated some important insights into the maintenance of the human (male) germline. Could you tell us more about the origins and consequences of mutation accumulation in the testis?

In our recent work we compared the rate of mutation accumulation in the male germline cells with other somatic cell types and tissues with and between individuals. What we found was astonishing, as we noticed that germline cells have on average a 20-fold lower rate of mutation accumulation compared to other somatic counterparts from the same individual (such as colonic crypts). What is puzzling is that the cellular processes that cause mutations are very similar across all tissue types including testis. Hence, the source of mutations in testis should be very similar to other somatic counter parts. However, we think that germline cells have found ways to suppress mutations to a very low rate, either through superior repair mechanisms and/or other mechanisms to protect the genome from accumulation of mutations.

3. What was the greatest success in your career?

One of the great moments in my early postdoc career was when I found out that mutational signatures that are operative in cancer neoplasm are also operative in normal germline cells in humans. These signatures that usually known as ageing signatures tend to accumulate mutations linearly with age. However, I showed that males accumulate mutations in their sperm at a higher rate compared to females in their oocytes. Interestingly, I found out that the rate of mutation accumulation varies across men. This can be due to variation in the rate of spermatogenesis and/or stem cell turnover, or other factors that we yet don’t know about. Our later follow up studies revealed that some exogenous factors such as exposures to chemotherapy can cause hypermutation in the sperm, of some men but not all, and can be inherited by the offspring. Hence, children from the germline hypermutator fathers are usually born with significantly higher number of germline de novo mutations. This finding highlights the importance of sperm banking for men who undergo treatments for cancer and may want to have children in the future.

4. Could you name a moment of failure (and which lesson did you learn from it)?

I have faced a lot of challenges during my scientific career, and this is an inevitable experience for many scientists. However, having experienced failures should motivate you to go after your dreams. It teaches one to not give up and keep trying until they get it right. This is what eventually leads to success.

5. Which advice would you give to young researchers?

Be persistent and hard working. A new researcher is often like being at sea without a compass, so try to enjoy science as much as you can. Use the early stages of your career to learn a wide range of techniques as they will help to tackle problems in the future. Push your boundaries and come out of your comfort zone, try new ways of learning, thinking and exchange ideas with peers and colleagues.