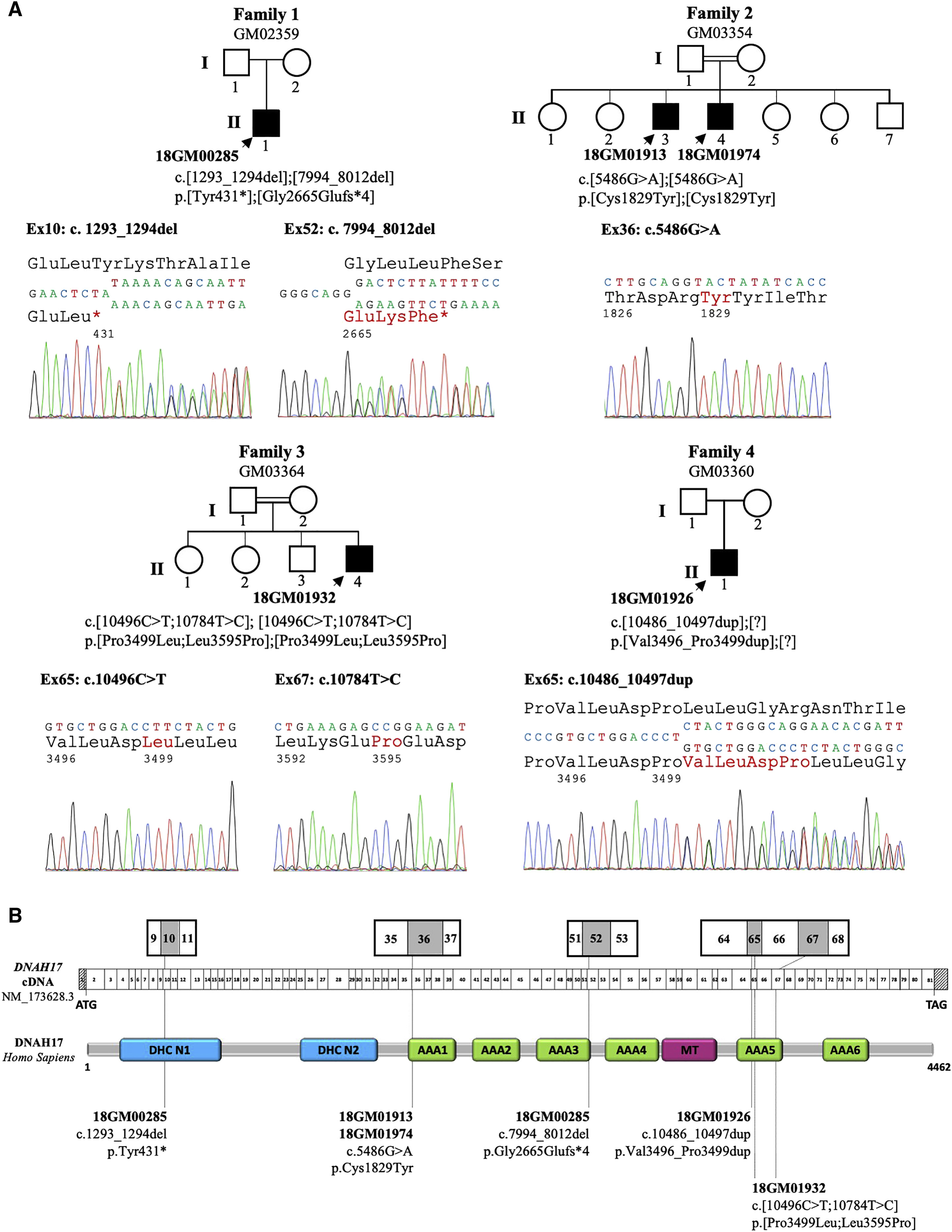 Approximately 1 in 6 couples is unable to conceive after one year of unprotected sexual intercourse. In roughly half of all infertility cases there is a male factor involved. Considered predominantly a genetic condition, currently the majority of patients with a severe form of infertility remains unexplained. Recently, Whitfield et al. discovered a new gene associated with isolated asthenozoospermia (immotile sperm), which was published in the American Journal of Human Genetics.

Structural and functional anomalies of the sperm tail are often the result of ciliary defects. Motile cilia and sperm flagella contain a micro-tubule based cytoskeleton (axoneme). Part of the axoneme are the outer and inner dynein arms, which play a crucial role in the beating of the cilia and sperm flagella. Because there is so much overlap between the proteins involved in motile cilia and the sperm flagella development and beating, many patients with pathogenic variants in ciliary proteins have symptoms beyond infertility alone (e.g. primary ciliary dyskinesia). However, (1) not all patients with primary ciliary dyskinesia have asthenozoospermia and (2), conversely, some patients have axonemal defects restricted to the sperm flagella.

The patients in this study presented with no or very few progressive sperm cells and most patients also displayed sperm cells with short, irregular, coiled and/or multiple sperm tails. None of the patients had other symptoms consistent with primary ciliary dyskinesia. Using targeted sequencing of a panel of outer dynein arm-related genes, the authors discovered variants in the Dynein Axonemal Heavy Chain 17 (DNAH17) gene. The pathogenicity of these variants was confirmed using immunoblot analysis which showed that DNAH17 was almost undetectable in the patients’ sperm.

Next to explaining the role of DNAH17 in when spermatogenesis goes wrong, this article contributes to a better defined composition of outer dynein arms in sperm cells, which was previously not well described in literature. Guided by already published quantitative single-cell RNA sequencing datasets, the authors performed immunoblot and immunofluorescent stainings to show that sperm cells harbor a set of outer dynein arm heavy chains (i.e., DNAH8 and DNAH17), which is distinct from that found in respiratory ciliated cells. This explains why these patients have isolated asthenozoospermia without involvement of other organs.

Studies like this lead to more genetic diagnoses, which are crucial to counsel couples with questions about the causes of their infertility, possible co-morbidities, the potential success of assisted reproductive technologies and the reproductive health of their offspring. For example, in this study 4/5 individuals did not succeed in achieving pregnancy by using intracytoplasmic sperm injection (ICSI), suggesting that DNAH17 variants could impede ICSI outcomes. Further studies are required for better genotype-phenotype correlations in patients with asthenozoospermia and/or primary ciliary dyskinesia.