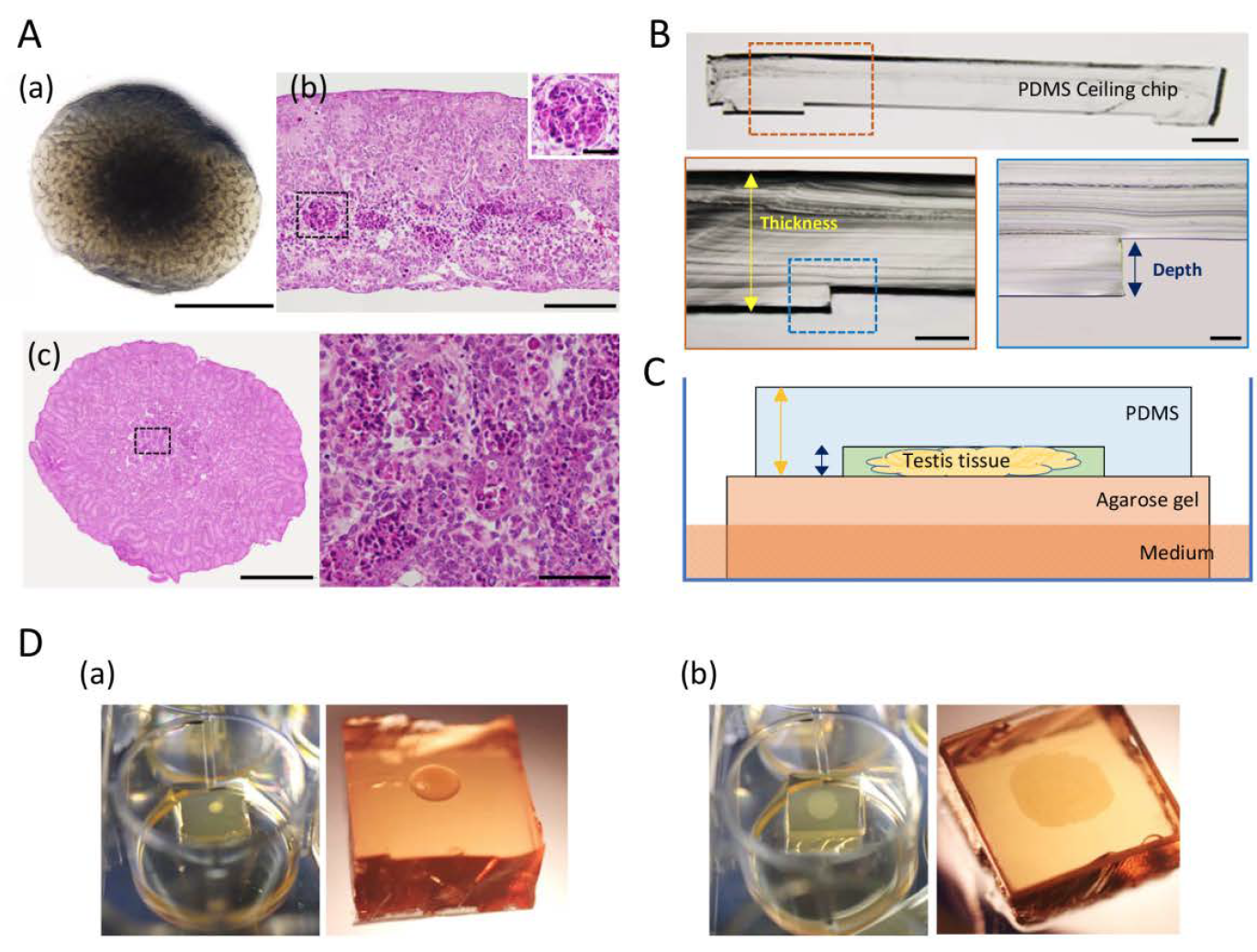 Since the beginning of the 20th century, attempts have been made to differentiate male germ cells into mature spermatozoa in culture [1]. In human, in vitro maturation of meiotic spermatocytes and later developmental stages was demonstrated in the early 2000s [2]. However, production of functional spermatozoa from spermatogonial stem cells has not been established yet. In contrast to human, a higher level of success has been achieved in the rodent.

In 2011, a Japanese group headed by Prof. Ogawa published a Nature paper showing in vitro reconstitution of mouse sperm production in an organ culture system. Intact, immature testicular fragments were placed on agarose stands at the interface between medium and air to allow easy access to both oxygen and nutrients in the medium. This approach induced and maintained full spermatogenesis for more than two months. After micro-insemination of the in vitro-generated gametes, healthy fertile offspring was obtained. In addition, foetal and adult testis fragments can be cultured to induce spermatogenesis. However, oxygen and nutrient permeation is often not ideal and hampers function and growth of cultured tissues by central degeneration or necrosis.

In a recently published study, the group of Ogawa aimed to overcome the organ culture limitation by spreading mouse neonatal testis tissue two-dimensionally on the agarose stands and moulding it into a disc shape with the aid of a highly oxygen-permeable polydimethylsiloxane (PDMS) ceiling (PC) [3].  The tissues were cultured for 7 days with or without a PC with a 60-µm dent-depth. The tissues cultured with the PC were not only free of central necrosis but also showed remarkable volume enlargement. In contrast, tissues cultured with the conventional agarose method without the PC showed no marked changes in size during the culture period. Additionally, the “squeezing” by the PC allowed clearer observation of tissues owing to the flat shape and reduced thickness. It enabled to monitor the effect of several factors on the growth of neonatal mouse testis. They found that FSH and insulin promoted testis tissue growth markedly better than the control and other tested factors, reaching about 80 percent of in vivo growth. By using histone H4-Venus (marking germ cells) and SOX9-EGFP (marking Sertoli cells) reporter mice and a BrdU incorporation assay, the authors observed that the enlargement of neonatal testis tissue cultured with PC method was a result of proliferation of testicular somatic cells including Sertoli cells besides modest increment of germ cells. According to the authors, organ and tissues have not been able to grow and enlarge under culture condition. The PC method, therefore, is a major breakthrough in this regard. Moreover, compared to the microfluidic device that the group had previously introduced as a solution to prevent central apoptosis in the organ culture, the new PC method is cheaper to implement and easier to handle. Taken together, the PC method will be useful to test the effect of specific factors on Sertoli cell proliferation and testis growth. Taken it further, it has a significant potential as application in other organ culture and organoid experiments.