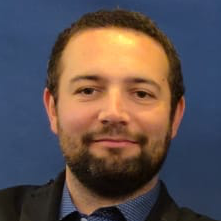 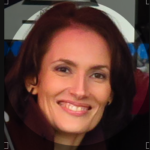 Julie Cocquet obtained her PhD in molecular and cellular biology from Université de Paris in 2006. After 5 years of postdoctoral research in Dr. Paul Burgoyne’s lab (MRC – National Institute for Medical Research, London, UK), she was recruited as a junior PI by Inserm in Daniel Vaiman s research unit at the Institut Cochin (Paris, France). Julie Cocquet’s group studies chromatin remodeling and gene regulation during spermiogenesis using mouse models and multi-omics analyses, to better understand their impact on male reproduction, and eventually progeny development and health. Another aspect of her work consists in studying the molecular mechanism underlying the genomic conflict between the mouse sex chromosomes that bias the sex ratio of the progeny and also impact on sperm differentiation. To learn more see here or follow her on Researchgate.

We asked her to tell us a little bit about herself, her career and to share advice to young researchers. Here’s how she replied:

1- When and why did you decide to work in the field of reproductive biology?

Despite the fact that I was initially trained as a molecular biologist, I’ve always liked Reproductive biology/physiology courses. And, among the proposed internships for the Master in which I had enrolled (Master in Human Genetics, Université de Paris), I chose to apply for the one aiming at studying the role of the transcription factor FOXL2 in gonad development and female fertility, under the supervision of Pr. Reiner Veitia. I did my Master and PhD on that project. At the time, FOXL2 mutations had been found in a syndromic form of female infertility yet nothing was known about this gene. It was exciting to be part of the characterization of what then appeared to be an essential actor of female gonad differentiation.

At the end of my PhD, I felt the need to learn more about mouse genetics and functional analyses. I therefore applied for a postdoctoral position in Paul Burgoyne’s lab (MRC-NIMR, London, UK) – a lab renowned for its work on sex chromosomes, germline development using mouse as a model organism. There, I studied and produced original mouse models to identify the role of Y chromosome genes during spermatogenesis. My postdoc experience was essential in my career development. Paul was a great PI and mentor. He passed away this year and the people who knew him miss him very much. I want to express here the respect, gratitude and affection I have for the person and scientist he was. NIMR scientific environment was also very stimulating. Many of the results I obtained at that time are at the basis of projects I still develop now as a PI at Institut Cochin.

With this award, I realized that I belong to the field of andrology! 😉 More seriously, it was a great opportunity to meet new people of the field and extend my network.

3 – Can you name the greatest success(es) in your career?

My main project as a postdoc was to identify which gene of the mouse Yq was responsible for the spermiogenesis and fertility defects observed in mutants carrying Yq deletions. It had remained unsolved for more than a decade, the main challenge being that Yq is full of repetitive sequences. We therefore decided to produce mouse lines transgenic for small-interfering RNAs to knock down as many copies as possible of the same gene at the same time. Observing the efficient knock-down of Sly, a gene present in >100copies on the mouse Y chromosome, and its phenotype recapitulating that of Yq mutants was immensely satisfying! That was a long shot but as French tragedian Pierre Corneille said: ”To win without risk is to triumph without glory”.

4 – Can you name a moment of failure (and which lesson did you learn with it)?

We then tried to use the same approach to target other multicopy genes – but it failed in many cases! Lesson? Be flexible what works for some systems may not be universal.

5 – Which advice would you give to young researchers?

I would narrow it down to 3 words: bibliography, open-mindedness and networking.